Serving multiple locations throughout the USA

What is Polybutylene Pipe?

Polybutylene is a type of plastic potable water plumbing commonly found in many US homes built from the late 1970's through to the mid-1990's. Compared to copper, it was inexpensive, easy to install, and had several other advantages like being resistant to damage from freezing. It was particularly widely used in the sunbelt states.

Polybutylene is the name of the polymer that the actual pipes are made from. They were often sold under the brand name Quest, and can be referred to with a variety of terms; including PB, PB-1, poly-pipes, or poly-b pipe.

How Can I Tell if I Have Polybutylene Plumbing?

Polybutylene piping is usually gray, and you'll only find it in your fresh water potable plumbing system. The tubing is typically 1/2" to 1" in diameter and is flexible. Look around your water heater, pipes in attics or crawl spaces, piping across the ceilings of basements, and supply lines under sinks in cabinets.

PB piping has not been used for drain and sewer lines, nor vent piping.

If you find the tell-tale gray tubing, look for the code "PB2110" printed on it. That would confirm your plumbing is polybutylene.

If you suspect you have poly pipes, but aren't sure - you can contact us for a free consult, and one of our local estimators would be happy to assist.

Why does Polybutylene Plumbing Fail?

Historically, there has been debate about why poly-pipes have failed.

In prior litigation, the industry behind polybutylene plumbing systems claimed failures were not due to the polybutylene tubing itself, but instead due to installation issues and inappropriate pipe connectors.

Supporting this claim, the industry points to the extensive and continued successful use of polybutylene plumbing in Europe and parts of Asia, where different pb connecting systems are used. When polybutylene leaks occur in US plumbing systems, the leaks are often at or near connectors.

In the US, it has become generally accepted that the failures are most likely due to chemicals in municipal water supplies reacting with polybutylene - and this is one of the primary reasons why homeowners won a large class-action lawsuit against Shell Oil (who manufactured and marketed the polybutylene resin). Polybutylene is also no longer an approved plumbing material for potable water systems in building codes across the US.

It is now mainly an academic exercise determining why a specific system failed and/or if an existing poly-b system may fail in the future. Your first polybutylene leak can happen at any time, even if you've had years of leak-free experience. Furthermore, even if your poly pipes never leak, its presence will unfortunately impact your home value and may affect your homeowners' insurance policy.

Should I Repair or Replace Polybutylene Plumbing?

If you've had the misfortune of having your polybutylene plumbing fail, you have to choose whether to fix just the leaking section of piping, or repipe your entire home.

In our experience - once you have one leak, you are likely facing a systemic issue, and other leaks will follow. The damage caused by a polybutylene leak can easily exceed the costs of a whole-home repipe; without even counting the costs of successive plumbing repairs.

If a leak occurs in a wall - it may be a slow undetected drip over a period of weeks or months, resulting in extensive mold and water damage. Mold remediation - aside from the health risks associated with living in a moldy home - is intrusive and very expensive.

Poly pipe failures can also be catastrophic, as opposed to a slow leak. Water damage from a high volume leak - particularly if it happens at a time when you aren't home to shut off the water; well let's just say $$$...

In summary: if you've actually experienced a poly pipe leak - the best option is unquestionably to do a complete, whole-home repipe.

How Much Does It Cost to Replace Polybutylene Plumbing?

Whole-home repipe costs are influenced by a variety of factors, including:

Whole home repiping is our specialty (it's all we do)- and we can usually perform a whole home repipe for a much lower cost than a generalist plumber. Most of our repipes fall somewhere between $4,500 and $15,000.

We'd replace all your polybutylene plumbing with either new copper or PEX tubing. Our repipes come with a lifetime warranty, can include drywall repair, and can often be completed in 1 or 2 days. We also have special financing options available.

Contact us to have one of our local estimators provide a free consultation and quote, delivered in-home or remotely.

Can I Sell My House with Polybutylene Piping?

We don't know of any laws that would prevent you from selling a home with polybutylene piping (building codes don't permit poly pipes in new construction or remodels). However, if you know you have poly plumbing - you will most likely need to disclose that fact.

We perform many polybutylene repipe quotes for sellers planning a sale - or even for buyers, who want to factor repipe costs into their offers: even when there has been no history of PB pipe failures.

We've even seen sales fall through, when homeowners didn't know they had poly plumbing, but it was found during inspection. So- if you are considering a sale in the future, and your home was built at a time when poly pipes were commonly used (late 1970's through mid 1990's), we'd highly recommend being proactive and getting your plumbing checked out.

Of course, only specific insurance companies can answer that question, for your specific circumstances.

Generally speaking however, we know insurance coverage for homes with poly piping has been a headache for many homeowners. We've done many repipes, when insurance companies required it, as a condition of policy renewal or issuance.

Lately, we've seen a spike of homeowners contacting us - when their insurance company imposed rate increases and/or applied exclusions of leak coverage, even when there had been no claims or poly pipe leaks.

Is There a Class Action Lawsuit for Defective Polybutylene Plumbing?

Historically, there has been quite a lot of litigation around polybutylene plumbing.

Unfortunately, if you still have poly plumbing, and did not participate in prior polybutylene class-actions, your legal options are likely very limited. Disclaimer: we aren't lawyers, and aren't providing any legal advice here.

The most significant historical litigation was the Cox v. Shell Oil class-action lawsuit, culminating in close to a billion dollar settlement in 1995, being paid out to thousands of homeowners over subsequent years. The final eligibility deadlines for this class action expired many years ago.

In 2017, a new polybutylene class-action was filed with Hurt v. Shell Oil, which attempted to include homeowners left out in the prior 1995 settlement. This was dismissed in 2018 "with prejudice", meaning it can't be refiled.

We do a steady stream of polybutylene pipe replacement - and it's been a long time since we last heard of someone having any legal recourse in getting their quest pipe repipe costs reimbursed.

What is a Good Replacement for Polybutylene Pipe?

Either copper pipe or PEX tubing are suitable repipe materials, but we find the vast majority of our customers replace their poly pipes with PEX tubing.

Expert Repiping at an Affordable Cost

Since our founding in 1991, we've been completing residential and multi-family building repipes to the highest standard.

With over 60,000 repipes completed, we've perfected ourOne Stop Repipe™ process: providing you with a high quality and convenient repipe experience while offering significant savings compared to traditional plumbers - plus, our work is guaranteed for life. 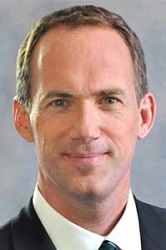 More people have trusted us to repipe their home than anyone else.

We are also insured up to $5M, and fully licensed in all the states in which we operate.

No interest and nothing down. 12 or 18 months. Longer terms available.
On Approved Credit

Contact us today to schedule a consultation with one of our Customer Advisors.

Send us a Message

Contact us by phone or email with any questions, or to schedule a no obligation in home (or remote) consultation with one of our Estimators.

Call 800-216-0132 to schedule an estimate. If you reach our answering service, please leave a message: we return calls in the order they are received.

Messages sent using the form on this site, go directly to our email, which we check regularly.

Serving multiple locations throughout the USA

We provide repiping services in the following states: 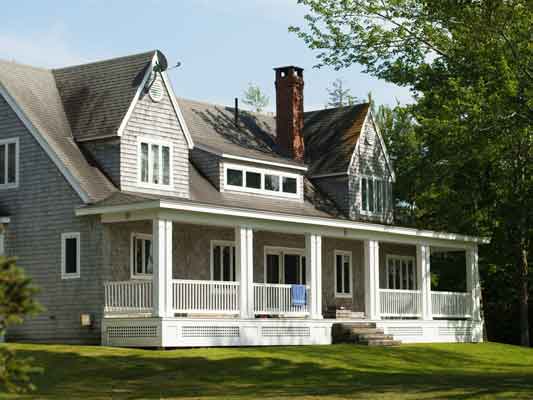 Call our residential repipe division to schedule a free estimate for your home:

Or visit our regular residential repipe site to learn more: